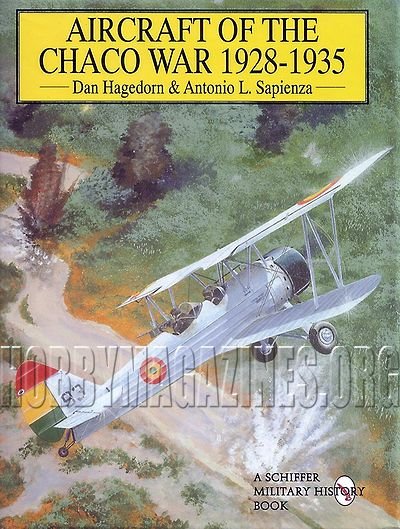 More than 150 never before published illustrations, complimented by an exhaustively researched text, document the little-known air war between Bolivia and Paraguay during the late 1920s and early 1930s. Full details of such aircraft as Fiat C.R. 20s, Curtiss Hawk IIs, Curtiss Ospreys, Potez 25s and all other types employed by both combatants, including acquisition, operations, and markings make this a must for historians, modelers, and anyone interested in golden-age aviation.