Tupolev - The Man and His Aircraft 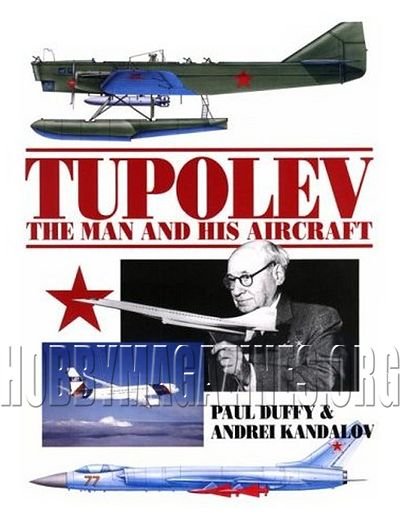 History of the Design Bureau and its Aircraft Yefim Gordon & Vladimir Rigmant The origins of the design bureau that was to bear his name can be traced back to the appointment of Andrey Nikolayevich Tupolev as head of the TsAGI's Aviation Department in 1918. Over the years, nearly 300 projects have evolved within the OKB. Nearly 90 reached the prototype construction stage, with more than 40 types put into series production.In the 1930s, the TB-1 (ANT-4) and TB-3 (ANT-6) bombers, the latter being the world's first heavy strategic bomber, paved the way for the long line of large multi-engined aircraft both civil and military for which the OKB is justly famed. Wartime production of the SB and Tu-2 plus the remarkable 'reverse engineering' of the Boeing B-29 that resulted in the Tu-4 led on to the jet Tu-16 and prop Tu-95 bombers. These, in turn were adapted for civil purposes as the Tu-104 and Tu-114 airliners. The supersonic Tu-22 and Tu-22M bombers and the Tu-144 airliner, a move into pilotless aircraft and a host of imaginative but unbuilt projects complete a fascinating work.