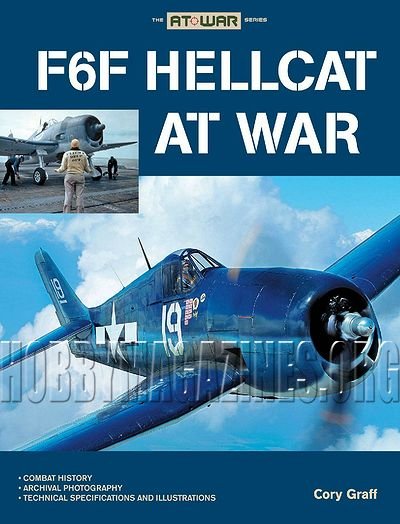 Descended from the F4F Wildcat (and sometimes called the Wildcat’s “big brother”), the Grumman F6F Hellcat debuted with the Pacific Fleet in mid-1943 and soon was taking on Japanese Zero fighters. Over the next two years, the Hellcat proved to be the most successful fighter aircraft in naval history--with more than 5,000 air-to-air kills in the Pacific, and the highest kill/loss ratio of any American fighter plane in Army, Navy, or Marine service during World War II. Taking advantage of the Hellcat’s combination of easy handling and lethality, more than 300 of its pilots achieved “ace” status.
This lavishly illustrated book offers a thrilling look at the Hellcat at war--from its first action in September 1943, when fighters off the USS Independence shot down a spying seaplane, to its service with the British Fleet Air Arm and its part in the invasion of Southern France. Detailing the Hellcat’s design and development, telling its pilots’ war stories, and tracing the aircraft’s adventures through the end of World War II, this book is a fitting and fascinating tribute to a fighter plane whose performance in a few short years remains unmatched in the annals of naval warfare.