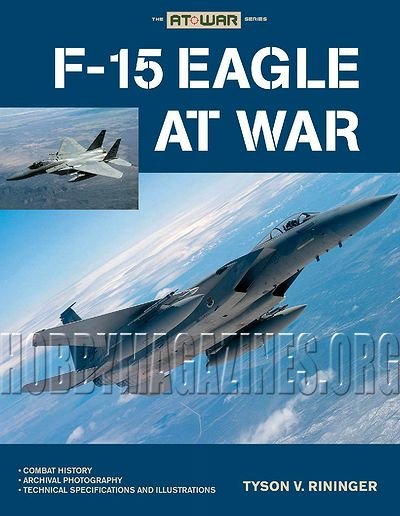 
The F-15A entered service in 1972 as "the first dedicated USAF air superiority fighter since the F-86 Sabre." More than three decades and myriad models and variants later, the F-15 is still the U.S. Air Force's premiere air superiority weapon, a veteran of U.S. conflicts as recent as Operation Desert Storm and presently serving in the air forces of U.S. allies around the world. F-15 Eagle at War, featuring the spectacular aerial photography of author Tyson V. Rininger, follows the design, manufacture, and performance of the F-15 from its first appearance through its service in various Cold War and contemporary conflicts. The book profiles each model and upgrade in technology up to the F-15C, D, and E models that served in the Persian Gulf, where they claimed 36 of 39 Air Force victories in air-to-air combat. It is a fitting and thoroughly fascinating tribute to this celebrated aircraft and icon of the U.S. Air Force.