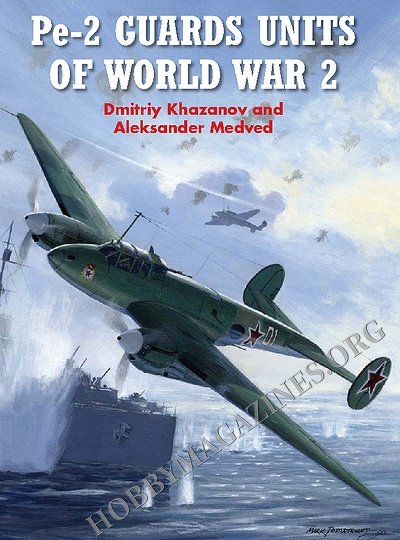 Petlyakov's Pe-2 was the most numerous Soviet twin-engined bomber of World War 2, the aircraft being used as a dive-bomber, ground attack platform and dedicated reconnaissance type. The first examples entered service in August 1940, and by the time production came to end in late 1945, no fewer than 10,547 examples had been built. These equipped more than 80 bomber air regiments, and of the latter, two were accorded Guards Air Corps status, as were six air regiments. Amongst the former was the 2nd Guards Bomber Air Corps, which was commanded by the legendary General Polbin, who was twice made a Hero of the Soviet Union. Pe-2 bomber and reconnaissance versions (the latter in service with four Guards reconnaissance air regiments of the Air Force and one regiment of Naval Aviation) were extensively used from the frozen Arctic north to the balmy Crimea front. A number of Pe-2 also saw brief combat against Japan in the final weeks of World War 2.